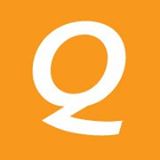 Spending everything for a different kind of perpetuity

Quixote Foundation is spending all of its endowment. Most foundations don’t do that. Instead, they give away a small percentage of their money each year and stay around forever. But we’re all in — between now and 2017 we’ll spend everything. We prefer to call this process “spending up,” not “spending down,” because we believe that putting all the money to work is how we fulfill our purpose. Our impact in perpetuity will be increased, not diminished, by investing in up-front change instead of stocks and bonds.

We also look at results a little differently than philanthropic convention. We’re not in a hurry to finish a bunch of projects so we can point back to what we’ve accomplished or left behind. We’re more interested in how our work will play out through others after we move on to other things — what will we leave ahead? This way of thinking has led us into funding leaders, networks and strategies that are part of interconnected social movements.

There was a moment when your story began. How did your organization come to practice philanthropy in this way?

Quixote Foundation was founded by Stuart Hanisch. Before Stuart died, he gave his son Erik and daughter-in-law Lenore the freedom to do whatever they felt was best with the foundation, including spending everything if that was the best strategy to create change. We were working for independent media, net neutrality, fair and accountable voting systems, informed reproductive health care, environmental equity — interconnected goals that offered huge opportunities to have a greater impact with an up-front investment. For example, we were able to commit $1 million to Media Democracy Fund. Stable funding allowed MDF to expand its reach rapidly, in turn securing donors in the future.Our decision to spend the whole endowment was also inspired and advised by foundations like the Beldon Fund, French American Charitable Trust and the Albert List Foundation.

Have you ever been met with resistance or criticism regarding your choice to Spend Down? What specifically were the concerns, and how did you respond?

We’ve encountered more appreciation or even envy than resistance or criticism. The envy comes (with a smile) from board members or program officers who don’t feel they have the freedom to spend up, either due to bylaws or a board that’s not ready to adopt such a dramatic strategy. The appreciation is expressed for how spend-up foundations put their goals ahead of organizational immortality and job security. We’ll all be displaced from this particular work and we see that as cause for celebration. We have a once-in-a-lifetime chance to put this resource to work.

When the 2008 stock market crash happened, we had made the decision to spend everything and were working on a clear plan before making our strategy public. We’d developed financial projections based on an endowment that suddenly was reduced by something like 40 percent, so any plans needed to be re-thought. At the same time, we wanted to encourage donors to keep supporting non-profit budgets that were gutted by the recession. We felt our spend-up represented a chance to say “Don’t pull back because your endowment has dropped, instead spend more or spend everything because the needs are incredibly urgent.” For that reason, we announced our decision earlier than intended, while our plans were still rough and invested in a dynamic communications campaign to spread the spend-up message. The lesson for us was the importance of adjusting our own strategy to continue a promised level of support for non-profits, rather than leaving it to them to adjust to our changing realities.

What can you achieve through the style of funding we asked you to focus on that might not be possible using conventional philanthropic funding models?

This funding style allows (and actually demands) a rich and deeply cooperative approach to planning with grantees. With our long-term partners, we’ve been able to project funding over several years and engage them in decisions such as what the best cash-flow structure is for the money we have available for their particular organization’s needs. We’re able to look at all of Quixote Foundation’s resources as a system, including staff, consultants, contacts, advisors and grantees. We’re actively looking for ways to cross-pollinate and connect these resources to strengthen and provide leverage to each part of the work.

The donor/solicitor dynamic so ingrained in philanthropy makes open communication truly difficult, even with long-term relationships in place. Trying to minimize this power imbalance is important and progress is possible, but it’s equally important to understand that a structural inequity is always present no matter how hard we try. It’s up to us, as the folks holding the purse strings, to be just as rigorous monitoring our own behavior as we are in trumpeting our good intent.

Why does Spending Down matter to you?

We are “leaving ahead” something important with every investment we make, whether that’s through the leaders, organizations and networks we fund or through the future careers of our own staff and team of consultants. The experience of spending everything has changed each of us — for one thing, we’ve become evangelicals for challenging the norms of organized philanthropy. It’s a different kind of foundation perpetuity, and we can’t wait to see what happens next.